Sustainable urban infrastructure for all: Lessons on solar-powered street lights from Kampala and Jinja, Uganda 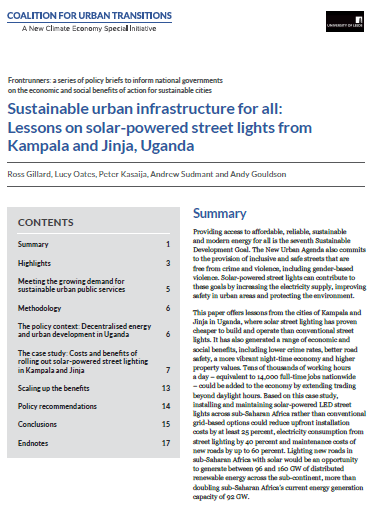 This paper offers lessons from the cities of Kampala and Jinja in Uganda, where solar street lighting has proven cheaper to build and operate than conventional street lights.

By 2050, 68% of the global population will live in cities. Most of this urban population growth  is taking place in Africa and Asia, creating huge demand for new infrastructure and services.

Among other infrastructure needs, there is an urgent need to build street lighting throughout urban sub-Saharan Africa. Street-lighting makes streets safer and more secure. 60% of urban residents in developing countries have been victim to a crime, with dark streets helping to exacerbate violence, particularly against women. Street lighting also allows vendors and traders to operate for longer hours, leading to higher incomes.

New research finds that solar street-lighting in African cities could be cheaper than conventional street lights, as well as more sustainable. Solar street lights are not only cheaper to install, but then cheaper to operate since they generate their own power instead of drawing from the grid.

In Kampala, the city government has installed over 1800 solar street lights. This has slashed the city government’s electricity bills and supported wider economic growth by increasing trading hours for small businesses. The research finds that, if replicated nationwide, the Ugandan government could halve upfront costs by, electricity costs by 40% and maintenance costs by 60%. Scaling up initiatives like this across sub-Saharan Africa would replace consumption of grid-based electricity with between 96 and 160GW of distributed solar power, doubling renewable energy generation in the region.

But it is not only city governments leading the way. In Jinja, a partnership between the Government of Uganda, local authorities and community organisations led to the installation of solar street lights in an informal settlement. These lights are creating safer streets in parts of the city that have long struggled with poverty and violence.

This research shows how national governments can support the installation and maintenance of solar street lights in towns and cities across their country. Street-lighting helps to create safer, more productive cities. Choosing solar rather than conventional street lights allows governments to provide this essential infrastructure much more cheaply, which means they can serve a much larger area. And of course, a solar system keeps greenhouse gas emissions lower than grid-powered options: an economic, social and environmental win.

The research was conducted by the University of Leeds, UK, for the Coalition for Urban Transitions – a global initiative supporting national governments to transform cities. 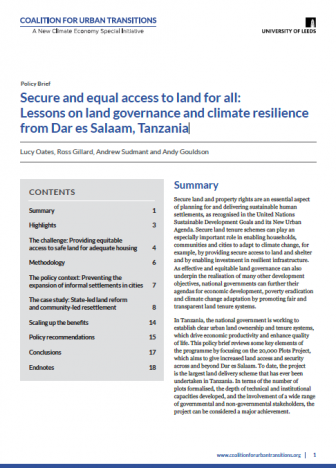 Secure and equal access to land for all: Lessons on land governance and climate resilience from Dar es Salaam, Tanzania 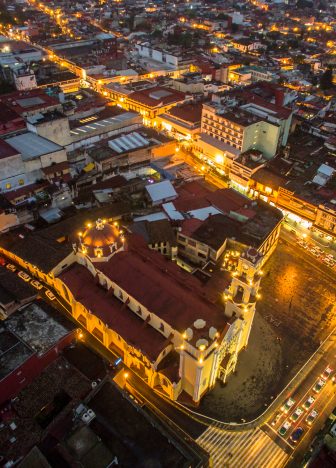 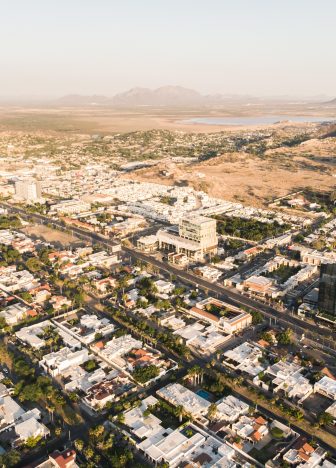 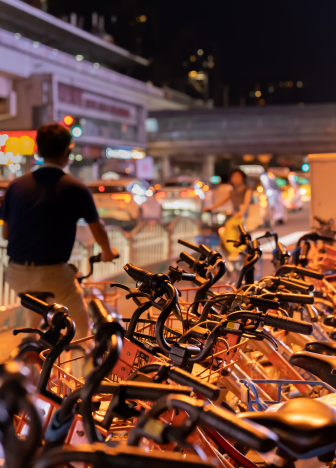