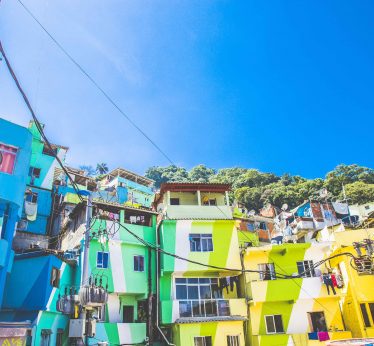 We aim to drive a shift away from business-as-usual by empowering national governments with the evidence-based rationale and policy tools they need to prioritise more compact, connected, clean urban development. In this way, the initiative helps catalyse and inform implementation of the Sustainable Development Goals (SDGs), the New Urban Agenda, and Nationally Determined Contributions (NDCs) to meet the goals of the Paris Agreement.

While many organisations share the overarching goal of supporting the decarbonisation of cities around the world, our work fills a critical gap by bringing national government decision-makers into the process.

National leaders – including ministers of finance, transport, energy and urban development – hold many of the powers and levers that directly or indirectly affect cities. However, few recognise this dynamic: only around two in five countries globally have a national urban policy, and even fewer have embedded urban policy within their core economic development strategy or have sufficient capacity for implementation. Our work shows national decision-makers that smart urban policy is central to achieving national economic, social, and environmental goals.

Since its launch in 2016, the Coalition has built a rigorous evidence base to support the strong economic case for smarter urbanisation. We equip policy-makers with the evidence they need to make better informed decisions on large scale urban planning and infrastructure investment. And we help them take the first steps toward establishing the policy, financing, and governance mechanisms necessary for thriving cities and prosperous countries.

Our vision is thriving cities empowered and enabled by national government. We will help deliver this by:

We are grateful for the support from our funders, who provide the Coalition with the resources needed to deliver our vision for compact, connected and clean cities. Our work is generously funded by the UK Government’s Department for International Development (DFID) and Department of Business Energy and Industrial Strategy (BEIS), through collaborations with partner organisations and a small number of private voluntary donations.

Our flagship global report – Climate Emergency, Urban Opportunity – is funded by UK aid from the UK government; the Federal Ministry for the Environment, Nature Conservation and Nuclear Safety, Germany; Ministry of the Environment, Sweden; and the Global Covenant of Mayors for Climate and Energy.

We are currently developing our longer-term strategy. if you would like join us in bringing about the change that we know is possible, please contact Nick Godfrey.