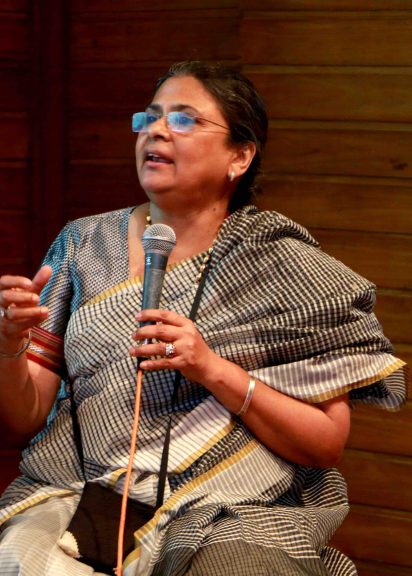 Sheela Patel is an advocate for the urban poor, whose work has helped shift international understanding of how governments can engage with informal settlements. She is the current Chair of the Board of Slum Dwellers International (SDI), an international network of grassroots organisations of the urban poor and professional NGOs that support them in Asia, Africa and Latin America. In 2014, SDI supported 14 million people in over 500 cities to save money, collect data, build houses and infrastructure, and strengthen relationships with local authorities and national governments.

Patel is also is the Director of the Society for Promotion of Area Resource Centres (SPARC), an NGO that has been working since 1984 to support community organisations of the urban poor in their efforts to access secure housing and basic amenities and seek their right to the city. Since 1999, she has also been Secretary and Chief Executive of SPARC Samudaya Nirman Sahayak (SSNS), a non-profit company set up to assist slum communities take on construction projects in cities to provide slum dwellers to build homes and sanitation for themselves. Patel is widely recognised for propelling the issues of urban poverty and inclusion on to the radar of governments, international agencies, foundations and other organisations.